The round 2 of the 21st edition of FIFA World Cup has been wickedly thrilling to say the least. Some unfancied teams like Croatia,Russia,Mexico etc. have comfortably qualified to the knockout stages while tournament heavy  like Germany,Argentina,Brazil’s fate  are precariously poised prior to their final group encounters.We  witnessed some close encounters and nailing bitting finishes in Round 2 matches between Sweden vs Germany, Serbia vs Switzerland and Japan vs Senegal. Tournament hot favourite Argentina was ruthlessly drubbed by Croatia in one of the biggest shocks in the history of the tournament. The first round of matches saw a total of 38 goals scored while in the second it increased to 44 goals.The first hattrick of this World Cup was registered by English striker Harry Kane.Their has been some brilliant individuals performances in all department of the game and keeping that in my here’s my ‘Team of the Week-Round 2 of FIFA World Cup 2018’. Based on a conventional team formation of 4-3-3 ,the team goes like this: 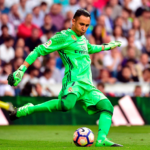 Keylor Navas (Goal Keeper, Costa Rica)- He is the only player to feature in this list despite being on the losing side. His brilliant goalkeeping reflexes and ball handling attributes kept out Brazil from scoring in the regulation time. Demonstrated good reading of the game and was quick off his line to stop Neymar. He made a total of 7 crucial saves for his team. 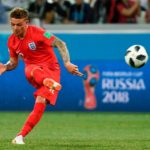 Kieran John Trippier(Right Back,England)-  Trippier continued his brilliant form against minnows Panama with both his defensive and attacking attributes.Going forward he was a constant threat to the opponents and was dangerous from the set pieces. 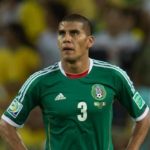 Carlos Salcedo (Central Defender, Mexico)- The Eintracht Frankfurt defender dictated play at the back against the South Koreans with much authority . He made several clearances,tackles and interceptions in the entire match to keep the opponents at bay. 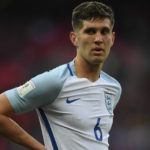 John Stones (Central Defender, England)- The young English defender had the best game in national colours. He not only dictated play at his own defense but was equally dangerous in opponent’s penalty box. He scored two brilliant opportunistic goals and his passing accuracy was nearly flawless in the match. 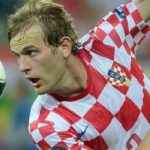 Ivan Strinic (Left Back, Croatia)- He had a very assured performance at the left back position  against Argentina. He played a key role in nullifying Argentine Salvio’s attack down the left flank. He was instrumental in frustrating the Messi & company throughout the match. 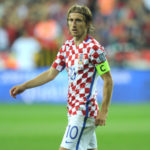 Luka Modric  (Central Defensive Midfielder,Croatia)- The Croatian skipper was extraordinary in the middle of the park and exhibited his brilliant passing throughout the game. Modric’s superb curling goal from outside the penalty box will remain in our memories for a long time 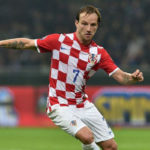 Ivan Rakitic (Central Midfielder,Croatia)-  Rakitic was instrumental in the midfield and broke up opponent’s play in the center of the park. He played some very important forward passes. Rakitic sealed the match with a fine close range finish in the closing stages of the match. 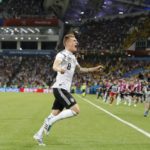 Toni Kroos (Central Midfielder,Germany)-  Kroos took charge of the midfield and dominated play like none. His defense splitting passes were wasted by the profligacy of his team mates upfront. When his team was at the brink of exit, he curled in a wicked free kick to earn his team a priceless win. 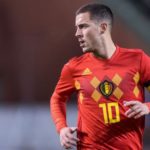 Eden Hazard (Left Winger,Belgium)- His explosive attacking play down the left bamboozled the Tunisian defense. He scored a brilliant penalty and linked well with his team mates for his second goal . He kept his head despite suffering numerous fouls. 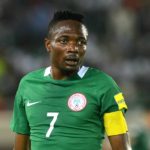 Ahmed Musa (Right Winger, Nigeria) –      He was a constant threat for the Icelandic defenders with his splendid runs with and without the ball. He scored two fine goals out of which the first goal will surely be nominated for the best goal of the tournament award. 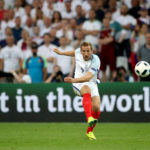 Harry Edward Kane (Striker,England)- Kane’s movement in and around the box was a real menace to the opponent defenders. He scored the second hattrick of the tournament (after Cristiano Ronaldo) when he scored two brilliant identical spot kicks and a fortuitous third goal against Panama.

Top eleven from the first round FIFA World Cup 2018 matches 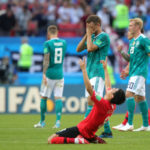