After the successful implementation of the Goal Line Technology in the last World Cup in Brazil in 2014, The International Football Association Board (IFAB), the body that determines the Laws of the Game, approved the usage of Video Assistant Referee system or VAR in the upcoming World Cup in Russia. The VAR is the first use of video technology in soccer to reach more correct decisions and minimize refereeing blunders. In the past, we have all seen how the slightest referring error can impact a game. So how will VAR help minimize refereeing blunders?

The trials of the VAR technology were first used in Major League Soccer (MLS) in 2016. Now the German Bundesliga,  the Portuguese Primera Liga, Italy’s Serie A, Australia’s A-League, the K League in South Korea  and the Chinese Super League are already using the technology for every game.

The Video Referees are placed in a strategic location of the field where they have access to multiple camera angles and are connected to the referees with microphones so that they can alert in case of any “clear and obvious error”.

But how does the VAR actually work? VAR operates on a three-step process of the incident, review/advice, and decision.

VAR system had to face many criticisms during its nascent stage. First, the spectators inside the stadium are not being aware of the review. Secondly, it is time-consuming and often disrupts the flow of the match. Thirdly, the spontaneity of a goal celebration is often being lost due to this review system.

It has been correctly said by the FIFA President Gianni Infantino, that VAR has been fairly successful amidst criticisms and has helped the game to minimize ‘game-changing’ errors. In last year’s FIFA Confederations Cup, the system has helped in 29 major decisions. Hence it can be easily predicted that VAR will be highly instrumental and useful in the upcoming FIFA World Cup in Russia where competition is so tight and intense. 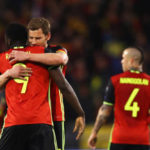 Can Belgium’s Golden boys lift the Cup in Russia?