We witnessed a classic World Cup game yesterday night as Spain and Portugal played a thrilling 3-3 draw. Cristiano Ronaldo drew first blood from the penalty spot when he was illegally tripped by Spanish defender Nacho in the penalty box.Diego Costa of Spain soon pulled one back when he wrestled past Pepe and scored a well controlled goal, before Ronaldo scored for the second time much to the embarrassment of Spain’s goal keeper David De Gea who could not grasp a straight forward grounded shot. Early in the second half Diego Costa leveled with a close range finish from a well worked free kick. Spain started to dominate the midfield with David Silva, Iniesta and Isco all working as a well oiled machine.Spain soon took lead from a vicious shot from Nacho  which ricocheted off both posts before sneaking in the corner of the net. We all thought Spain might have scored the winner. Then came the moment of the match when Ronaldo was bundled over by Gerard Pique in front of Spain’s penalty box. He scored from the resulting free kick with a brilliant curler on the top right corner of the goal. Both the teams ended with sharing the spoils. Now let’s have a look at the hits and misses from the Spain versus Portugal match.

Cristiano Ronaldo(Portugal)- The enigmatic striker was under tremendous pressure of shouldering his country’s hopes in the first match of the tournament against a powerful Spainish team. He not only performed but excelled with his superb predatory instincts. He scored a wonderful hattrick  to single handedly rescue his side from the jaws of defeat. He had an obnoxious accurate passing rate of more than 94%  and found the back of opponents net each of the 3 shots he took.  Rating-10/10

Diego Costa(Spain)- Although the Brazil born Spanish striker lacked service during major part of the first half, still he managed to wrestle past Pepe, controlled the ball between defenders and scored a sumptuous goal. He scored the second goal from a opportunistic close range finish. Although he had very few touches, but still made a great impact for the team. He also had 2 goals from 2 shots, 2 dribbles and an accurate passing rate of 88%. Rating-9/10

David Silva(Spain)- He alongwith Iniesta and Isco controlled the major part of the match. Their inter-passing game play helped Spain keep majority of the ball possession. Silva had quite a few chances at goal in the first half but his shots were off target. He brilliantly set up Diego Coats’s second goal from the set piece. Silva created 4 key passes for his team and his pass accuracy was over 85%. He also had 2 dribbles to his credit. Rating-8/10

David De Gea(Spain)- Arguably the  best goalkeeper in the World had a match to forget. He looked jittery in goal. His uncharacteristic howler of a Cristiano Ronaldo shot saw his team temporarily trail and provide Portugal with a much needed impetus. This is one match he would like to forget fast and focus in the upcoming matches.Rating-3/10

Jose Fonte(Portugal)- Fonte who plays his club football for an unfancied Chinese team Dalian Yifang had a extremely difficult night at the centre of defense. He was unable to keep a track at Diego Costa and was left scrambling when Costa scored the goals. He could only win one tackle in the entire match. Coach Fernando Santos needs to replace him fast before the team’s upcoming crucial encounters.Rating-3/10

Koke(Spain)- Spain’s more established midfielder Koke had a relatively quiet game. He lacked ball distribution and could not provide passes to the final third. He was dispossessed in many occasions and his passes were way-ward. The could not provide with a single key pass for his team. Although his passing rate was good but it was more of lateral and ineffective passing. Interim coach Fernando Hiero needs to look at other options in his star studded bench if Koke’s game does not improve.Rating-4/10 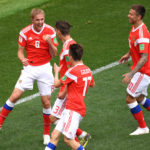 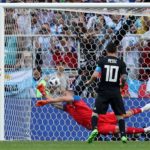