Peru meet host Brazil at the Maracana on Sunday in the Copa America 2019 finals, having lost 5-0 to the hosts in the group stage. Brazil’s goal of winning the title in their home soil after a gap of almost 12 years looks in line as they defeated eternal rivals Argentina in a feisty encounter at the Belo Horizonte on Tuesday night.  Peru on the other hand reached the finals after a gap of 44 years with a smashing win over the defending champions Chile . This Peruvian side under the guidance of their enigmatic Argentine coach Ricardo Gareca has enjoyed quite a purple patch, first by reaching the last edition of FIFA World Cup and now the Copa America 2019 finals. They have faced each other 44 times in various tournaments and friendlies before, with Brazil triumphing in 32 occasions and Peru in only 4 occasions with the rest of the encounter ending in draws.  Hence it can be said that hosts Brazil will be overwhelming favorites with the bookmakers. But after their back to back wins in the knockout rounds versus Uruguay and defending champions Chile, it would be absolutely silly to negate their chances in the finals of the Copa America 2019.

Let’s now quickly do a preview of the Copa America 2019 final match between Brazil and Peru and find out their game strategies and team formations, they are likely to opt for this game.

Brazil overcame arch rivals Argentina in the semifinals in a pulsating and, at times, bad-tempered match decided by a goal in each half from Gabriel Jesus and Roberto Firmino. Although a lot of hue and cry were made by the Argentine management and their media about the standard of referring and use of VAR, it was an encounter tactically dominated in all fronts by team Brazil. The fact that Brazil has come to terms with their over-reliance on Neymar (missing the tournament due to injury) has been a blessing in disguise for the team. This team looks more fluid in their build up play with a touch of unpredictability in their attack. With Neymar in the team, their attacks are mostly from the left flank where it is easy for opponent coaches to gauge. Defensively Brazil has been flawless so far in the tournament ,with the back four and goalkeeper Allison doing splendidly . They are yet to concede a goal in regulation time. However, one aspect that bothers Tite is inconsistency in their midfield were holding on to the ball and distribution remains a concern.

Strategically, Tite will will continue with his winning team combination and a 4-3-3 team formation. He will definitely want his flanks to be more agile and provide with many more crosses in the opponent’s box and final third passes upfront. More freedom has to be provided to Gabriel Jesus and Coutinho moving upfront as they have been the most dangerous amongst all Brazilian attackers. Constant interchanging of position in the midfield can confuse the Peruvians. Arthur and Casemiro has to quickly release the ball or else the threat of getting dispossessed remain. Willian has been sidelined due to a thigh injury. Everton will keep his place in the first eleven.

Frankly, Peru as team was awful in their group stage matches and never deserved to get through to the knockouts.  In its first four games, Peru found the target in only once. Moreover, in its previous two matches, it did not remotely threaten to score a goal.Yet the Peruvians peaked at the right moment and produced two consecutive upsets, first by toppling Uruguay in penalties in the last eight and then outplaying the Chileans in the semi finals. On a cold night in Porto Alegre against Chile, Peru wasted no time in showing its other face. It pressed high and aggressively and completely outplayed the defending champions. Peru’s keeper Pedro Gallese, is a symbol of his side’s unpredictable nature. A pitiful figure in the 5-0 drubbing against Brazil, he was immense when it mattered most. He was outstanding against both Uruguay and Chile. Edison Flores and Paolo Guerrero has also been in good form in the last two matches. The win against Chile will definitely provide them the much needed impetus going into the finals against the host country.

Strategically, Coach Gareca prefers to field a 4-2-3-1 formation and in all probability he will stick to it in the finals too. The double pivot in front of the defensive line, Yoshimar Yotun and Renato Tapia had a  great match against Chile with the former scoring a goal as well. The Coach will expect to see a similar performance from them in the finals because it will be essential for them to break and disrupt attacks down the middle from the Brazilians. They have to stay close to the defensive quartet and provide no space to their opponents. Peru will surely need Gallese in similar form in Sunday’s final against Brazil . There will be a slight concern with the injuries to wingers Edinson Flores and Andre Carillo. They too have been brilliant in the semifinals. Cristian Cueva ,playing in the number 10 role, needs to be more creative and play more passes in the final third for their captain Paolo Guerrero against Brazil. If Peru can see off the early threats from Brazil and not concede in the first half, then Brazil can be put under tremendous pressure in front of their home crowd. Perhaps, Peru might pull up a third consecutive upset in the tournament to lift the trophy ( after 1975), if they play to their potential and capitalize on their opponent’s mistake . 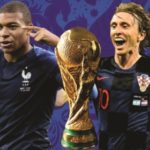 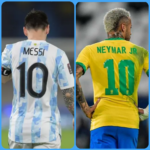