Debutant finalists Croatia meet the 1998 World Cup champions France in a rematch of a memorable semi-final played exactly two decades ago. They will come face to face for the biggest prize in football as the two European sides clash in the FIFA World Cup 2018 final at the Luzhniki stadium in Moscow, Russia on 15th July. The matchup was decided on Wednesday when Croatia defeated a strong English side by 2-1 in extra time while France narrowly went past a gutsy Belgian team by a solitary goal. France had a relatively comfortable passage to the finals in comparison to their opponents who had expended more energy than any other team by playing three consecutive matches which were stretched till extra time out of which two were decided on penalties. Nevertheless, Croatia is still the only team in the tournament to maintain a 100% win record. Let’s now quickly do a FIFA World Cup Final preview of France vs Croatia and find out their head to head record, team news, star players, and strategies they are likely to opt for this game.

Head to Head record- France and Croatia have met each other five times and interestingly Croatia has never beaten France. France holds the upper hand with 3 wins and 2 draws. Their first historic meeting was in the semifinals at the 1998 World Cup where a Lilian Thuram double helped France edge past Croatia. France eventually went on to lift their first World Cup trophy by destroying Brazil in the finals by 3-0. France and Croatia last met in a 2011 international friendly match where it ended in a goalless stalemate.

Team News- None of the players from both the teams are suspended. France has a relatively fresher squad with no injuries reported so far. Coach Didier Deschamps has a very strong and set team at his disposal. After losing in the EURO 2016 finals at home soil perhaps nothing other than a cup win would have been acceptable back home. They came through to the finals almost effortlessly burring the Argentina game which they won 4-3. Every department of Deschamp’s France has been brilliant so far. Players like Antoine Griezmann, Kylie Mbappe, N’golo Kante, Paul Pogba, and skipper Hugo Lloris have been dazzling throughout the tournament.

Croatian coach Zlatko Dalic might have a big headache in wake of the finals. Plenty of players in his squad might be fatigued and strained after being stretched to extra time in all their three consecutive knockout stage matches. Both Mario Mandzukic and Ivan Strinic both limped off the ground injured against England. Ivan Strinic’s injury looks more severe as he might have inflicted a groin injury and may miss the finals. Croatia has played a full 90 minutes more than their opponents in this tournament. Led by their talismanic skipper Luka Modric, Croatia as a team looks like a well-oiled machine. The team is functioning extremely well and their on-field energy is unmatchable. They know that if they can cross one more hurdle, they will enter the history books.

Players to watch- The Battle of the finals will be won or lost in the midfield. Both the teams boast of two of the best box-to-box mid-fielders in present-day football-N’golo Kante of France and Luka Modric of Croatia. Both of them have been outstanding, to say the least. N’golo Kante’s game reading is second to none. 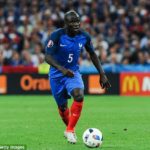 He is simply anywhere and everywhere for his side. His ball distribution and passing in the tournament have been brilliant. His passing accuracy is a commendable 90% and effectively destroys the opponent’s attacks by regular interceptions and tackles. Luka Modric has been phenomenal throughout the tournament. His energy is infectious and his teammates have surely been induced by it. He works exceptionally 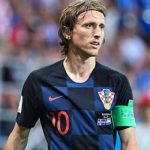 hard on and off the ball until the final whistle of each and every match. Modric has shouldered his country’s hopes almost single-handedly. He has virtually done everything for his team by scoring, creating, and defending regularly. His passing accuracy has been an impressive 81% and has scored 2 goals and 1 assist in the tournament so far.

Strategy- As mentioned earlier, both teams will try to take quick control and outsmart each other in midfield. France and Croatia have succeeded in the tournament not because of their star-studded forward line or defense, but because of their robust midfield. Both boast of outstanding midfield duo in France’s Kante-Pogba and Croatia’s Modric-Rakitic who brilliantly knits play between attack and defense together. The one who dominates in the finals will surely have an upper hand. 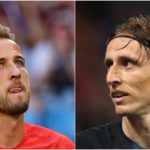 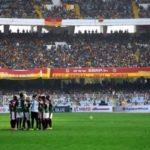 East Bengal vs Mohun Bagan- who will come on top?