After decades, UEFA has finally introduced a new and exciting national team competition UEFA Nations League that replaces meaningless friendlies that happen during the international breaks and allows the nations to play against equally ranked teams.  The idea is to build a more consistent schedule of competitive fixtures and aid the national teams to develop ahead of the two major football competitions in FIFA World Cup and UEFA Championship. Although the format looks pretty complex, we have the UEFA Nations League explained in simplified terms for our readers.

The UEFA Nations League will be a league competition with 55 UEFA associations with four different divisions (Leagues) and three stages. The four leagues will be decided by the team’s position in the UEFA National Team Coefficient Rankings. The teams play each other in-home and away format in September, October, and November. The group winners in Leagues B, C, and D gain promotion, and the teams which finish the bottom of the groups in League in A, B, and C are relegated.

How will it affect the European qualifiers?

The European qualifiers will commence from March 2019 with teams split into five groups of five and six teams respectively. The top two teams from the ten groups qualify automatically for the European Championship while the other four places will be awarded to the play-off winners. 16 teams will qualify in the play-offs.

Now there ‘s a little twist in the tale: Each UEFA Nations League gets 4 playoff spots. Now if the winner of a group has already qualified for the European Championship, the next best team which has not qualified goes into the playoffs automatically. Those 16 teams will go into four groups, with the top team going to the European Championship. The four teams play two one-off semi-finals and one-off final to determine play-off winners. 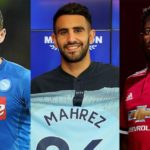