FIFA World Cup is unarguably the biggest sporting event in the world with more than 3.6 billion followers worldwide. It has everything with legendary teams, iconic players, great goals, fabulous venues, etc. Teams like Brazil, Germany, Italy, France & Argentina have dominated the tournament and all have won the coveted trophy multiple times. But there are a few teams like the Czech Republic (then Czechoslovakia), Netherlands, Hungary, Sweden, and Croatia who has had a spectacular run in the tournament, yet has been extremely unlucky not have laid hands on the trophy. Each of these teams has a tragic history, but none like the Netherlands (referred to as Dutch). They are the only country that has qualified for the finals three times (1974,1978 & 2010) and two semi-finals (in 1998 and 2014) without ever winning the tournament. The Netherlands is still one of the top ten best performing teams in the history of the FIFA World Cup. They have been branded as the ‘luckless wonder’ or the ‘jinxed’ Dutch in the history of the tournament. Let us now revisit those five crunch encounters where they could have ended on the winning side. 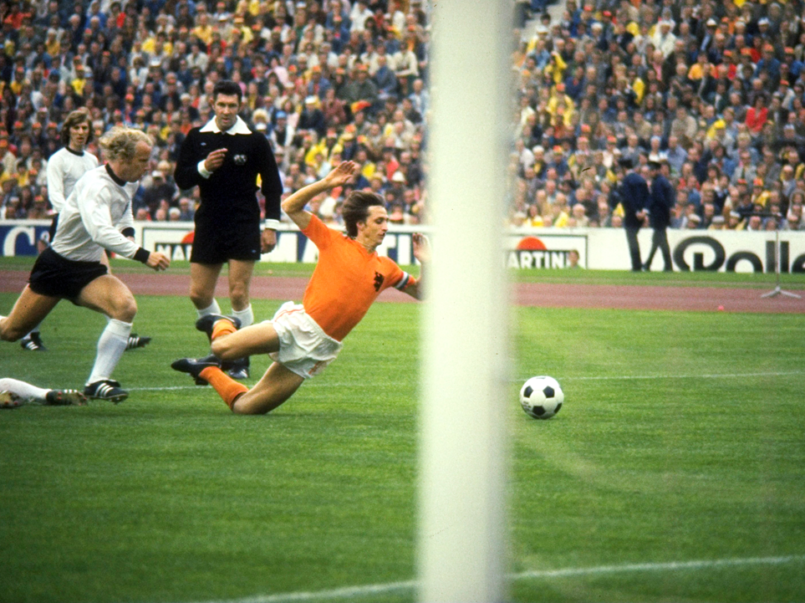 This was the era when Rinus Michel’s ‘total football’ captivated the football fraternity. Led by their inspirational captain Johan Cruyff and aided by players like Ruud Krol, Piet Keizer and Johan Neskeens dazzled the world by their new style of gameplay which combined skill, technique, aggression, and creativity. They were a formidable team to beat. They were ruthless and marched on to the finals by defeating the likes of Uruguay, Argentina, and Brazil.

Although the Germans were playing the finals in their backyard, the Netherlands entered the finals confidently. They scored within the first 60 seconds of the kick-off without the Germans even touching the ball. Neskeens scored from the penalty spot. West Germany was struggling with their game. On the 25th minute fortuitously were awarded a penalty kick which was coolly slotted home by Paul Breitner.

Eventually, the gritty Germans sealed the match with a Gerd Muller goal in the 45th minute. The Dutch tried hard for a comeback, but it was in vain. The Germans spoiled their party. 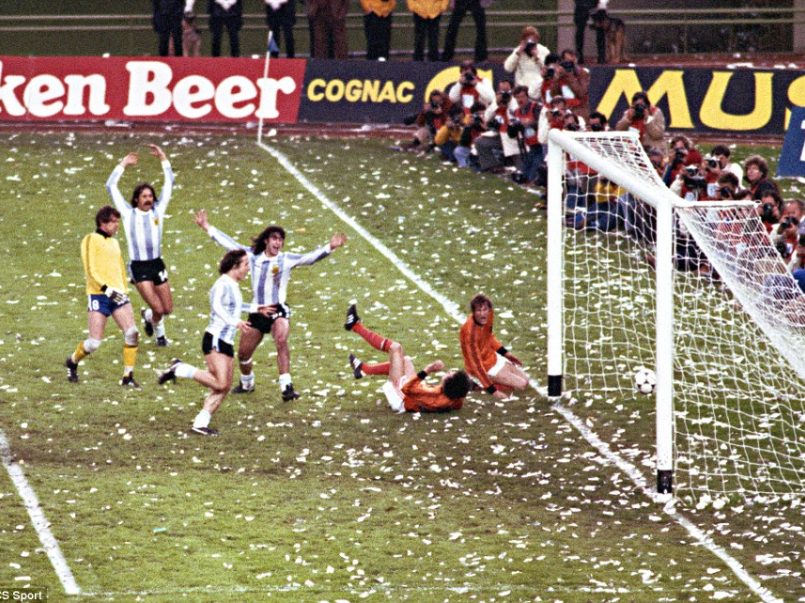 Coach Ernst Happel had assembled a Dutch side that was able to reach the final again in 1978—this time without Johan Cruyff. The Netherlands took on the host country Argentina. The finals started with controversy as the visiting team accused the home team of intentionally delaying the start of the match. The host Argentina appeared after almost ten minutes. The crowd went into a frenzy and covered the field with confetti and ticker tapes.

The match was intense and rough right from the start. Mario Kempes drew first blood with his goal in the 38th minute of the first half. The Dutch dominated proceedings henceforth, but could not score. With eight minutes left in the match, super-sub Dick Nanninga restored parity. They should have wrapped up the game when in the 90th minute, Rensenbrink shot bounced off the post, and the match went to extra time.

In the extra time, Netherlands badly choked and the home team scored twice through Kempes and Bertoni and emerged victoriously. They were once again left devastated. 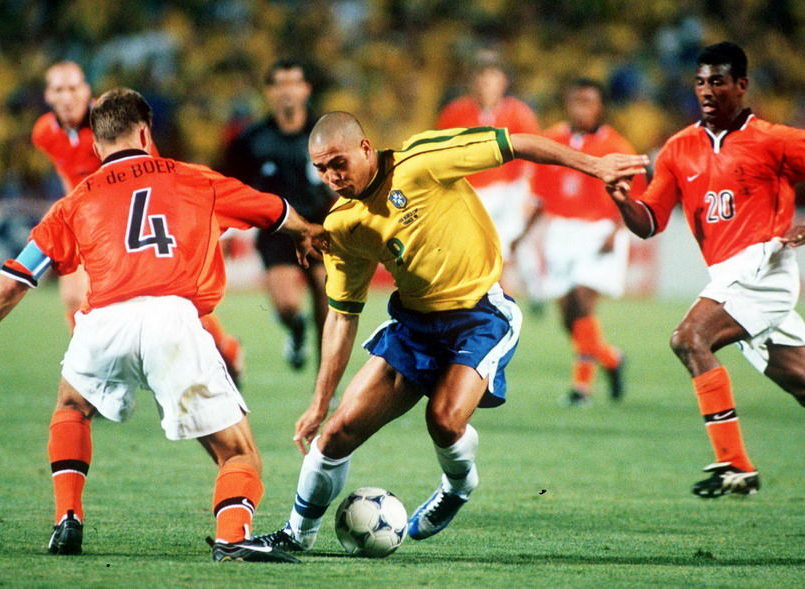 Exactly after two decades of their final defeat to Argentina in 1978, Netherlands once again qualified for the semi-finals in the 1998 World Cup in France where they faced the mighty Brazilians. Led by Coach Gus Hiddink, this Dutch team too boasted of quality players in Edwin Van Der Ser, Ronald Koeman, Jaap Stam, and Denis Bergkamp. They had a superb build-up to the semi-finals by defeating in-form teams like South Korea, Yugoslavia, and Argentina. At the start of the game both the team started cautiously trying to gauge each other’s tactical gameplay.

Brazil took the lead through Ronaldo in the 46th minute. It looked like that the Dutch had surrendered to another defeat. But their perseverance paid off when Patrick Kluivert scored from a header just before the final whistle to take the game to extra time. The match went to a tiebreaker after a tensed extra time where no teams could score. They started well but Brazilian goalkeeper Tafarrel saved the 3rd and 4th shots of Philip Cocu and De Boer respectively.

They once again surrendered to their ill fate as Brazil marched on to meet the eventual champions and host France in the final of the 1998 FIFA World Cup. 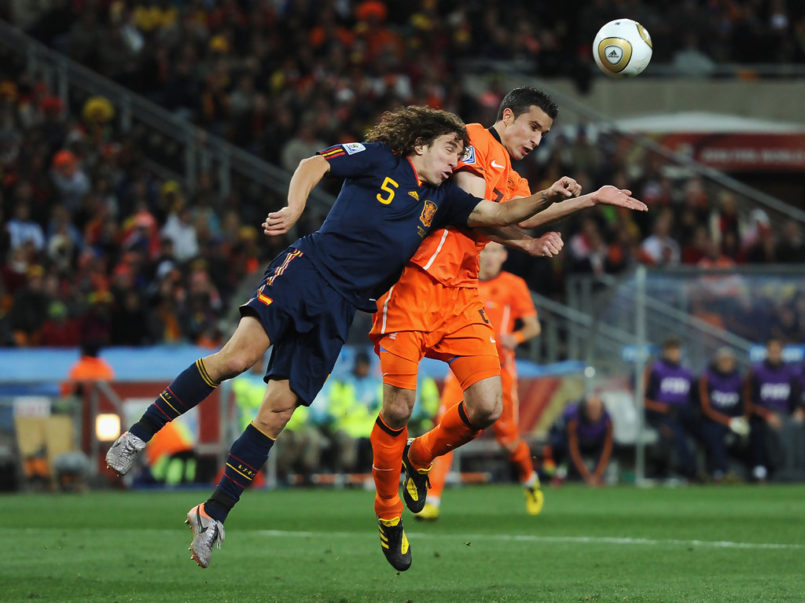 The 2010 World Cup was held in South Africa. Led by Coach Bert Van Marwijk, the Dutch played attacking, focused football, convincingly winning every game on its way to the final. After more than three-decade, Netherlands was once again a World Cup finalist, meeting Spain this time.  They dominated proceedings and had numerous chances wasted. Arjen Robben was the culprit on more than two occasions where he had clear-cut goal scoring opportunities but could not convert.

They rued those missed chances as the match went into another painful extra time. From the 109th minute, the Dutch played with 10 men due to Heitinga’s second yellow card. With the tiebreaker seeming inevitable, Andres Iniesta scored from a Cesc Fabregas pass in the 116th minute of the match. They once again lost by a whisker and came back home empty-handed. 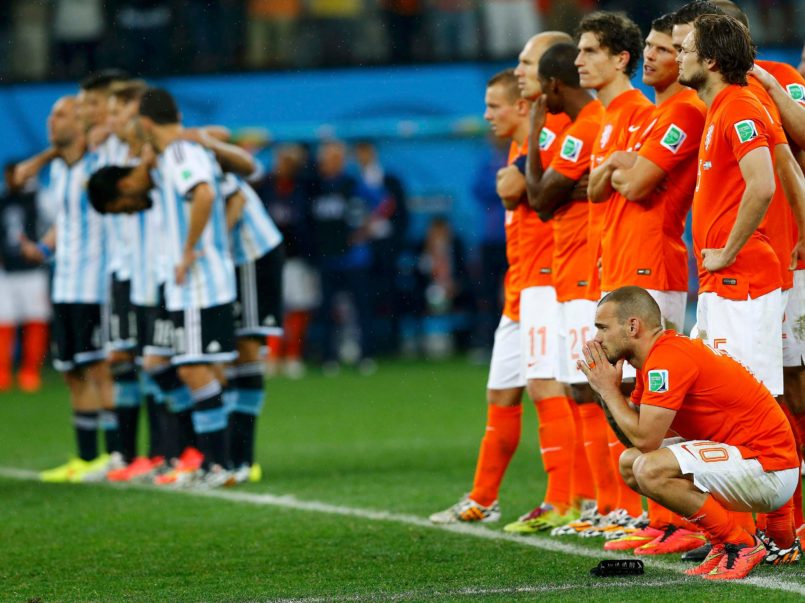 In 2014 FIFA World Cup Brazil, the Dutch team coached by Louis Van Gaal had an outstanding tournament. Placed in a tough group with teams like Spain and Chile, they decimated the current Cup holders Spain by 5-1 and Chile 2-0. Their performance in the group stages was so incredible that overnight the International press tagged them as one of the top favorites to win the World Cup. In the knockout stages, they defeated Mexico and scraped past a very impressive Costarican team in penalties. In the semi-finals, they faced Lionel Messi’s Argentina.

It was a purely tactical game between the two coaches and both of them made a cautious start. Both the teams could not find the ball in the opposition’s net at the stipulated time and hence it went to extra time. The two talismanic left-footed players, Messi and Robben dominated the match. All the major attacks of both the teams were initiated through them. Dutch defender Ron Vlaar too had an outstanding game. The game went on to penalties. Argentine goalkeeper Sergio Romero saved two penalties of Ron Vlaar and Wesley Sneijder.

The Netherlands goalkeeper Jasper Cillessen was unable to match his deputy Tim Krul’s feat in the quarter-final win against Costa Rica. Unfortunately, their dream of winning the World Cup went up in smoke one more time.

The burning question is, will the Netherlands break the World Cup curse ever and triumph? Can they resurrect themselves?  The future looked bleak for their national football team when they failed to qualify for the European Championship (France) in 2016 and the World Cup (Russia) in 2018. But since then, they have made a dramatic turnaround. After Ronald Koeman took over as the national team coach, things looked much brighter. They beat the current world champion France, and heavyweights Germany, England in their last UEFA Nations League Cup.

The interrelationship between the Netherlands national team and clubs like Ajax Amsterdam and PSV Eindhoven has been eternal. Their success and failures are interlinked. Ajax, in particular, has had a tremendous Champions League campaign last time. Top Dutch talents like Frankie De Jong (Barcelona), Donny Van De Beek (Ajax), Matthijs Ligt (Juventus), Steven Bergwijn (Tottenham Hotspur) have sprung up as superlative talents in world football. Currently, these players are at the peak of their game and doing wonders for their respective clubs across the top leagues in Europe. Superstars like Memphis Depay and Virgil Van Dijk are the stalwarts of the national team.

The Netherlands now has a solid team in place and looks extremely formidable. They will have the opportunity to assess themselves as a team in the upcoming FIFA World Cup qualifiers and European Championship 2021 (delayed by a year due to COVID-19 pandemic). The ‘jinxed’ Dutch will be desperate to break their World Cup curse. Ronald Koeman’s team has everything that is required to conquer the world. One never knows we might see the orange confetti and tickers being sprayed during the final prize distribution ceremony all over the stadium as a new world champion is unveiled in Qatar. 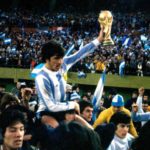 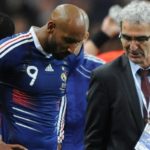