Never has an African team made their way past the last four in the FIFA World Cup. But that story might change in Russia because this time around five of the best in-form teams have qualified. Egypt, Nigeria, Morocco, Tunisia and Senegal are the five teams from Africa to make it through to the FIFA World Cup finals in Russia. So how will be the African challenge in Russia?

Let us quickly have a closer look at the teams and their chances in Russia.

Egypt– The Pharaohs had dreamt of this opportunity for what seemed like an eternity. They made it to the final stage since their last appearance in 1990 in Italy, with a dramatic last gasp goal against Congo scored by their talisman Mohammed Salah.  Compared to other African teams, the Pharaohs drew a less difficult lot in Group A, having been seeded with host Russia, Saudi Arabia and Uruguay. All will rest on Mohammed Salah’s shoulder to carry his nation’s hopes. If he can carry his red hot form and with able support from his compatriots Mohammed Elneny, Ramadin Sobhi  and Essam el Hadari , Egypt can surprise us by reaching  the quarter finals.

Nigeria-The Super Eagles will be participating in their sixth FIFA world Cup, the highest by any African team.  They qualified from a very difficult group consisting of Algeria,Cameroon and Zambia. As Nigeria is ranked 50 amongst the international teams, they were placed in a weaker pot at the draw held in Russia and hence have been clubbed with teams like Argentina,Croatia and newcomers Iceland. With players like John Obi Mikel, Victor Moses,Iwobi,Ahmed Musa and Iheanacho, Nigeria has a very strong and experienced lot. On their day they can beat any team on earth. Who knows may be in Russia they’ll break the African jinx and qualify for the semi finals.

Morocco-Thanks to their brilliant victory over Ivory Coast in the African qualifiers, the Atlas Lions are back to the World Cup after a span of three decades. Under the guidance of their head coach Hervé Renard ,the team can feel confident for a good show in Russia.  Players like Mehdi Benatia,Hakim Ziyech and Younes Belhanda will be eager to showcase their  flare and smooth gameplay. Placed with teams like Spain, Portugal and Iran in Group B, it will be extremely difficult for them to make it to the knockout stages.

Tunisia– Carthage Eagles will be participating in their fifth World Cup. The qualified from a fairly easy group consisting of teams like Democratic Republic of Congo, Libya and Guinea. The Tunisian team has selected most of their players for the World Cup from the national league, contrary to other teams. They have been seeded with Belgium, England and Panama in Group G. Challenging these teams would be a tough task and only a miracle can see them progress to the next stage. Wahbi Khazri, Ahmed Akaichi and Ben Youssef are some of key players to keep a tab on.

Senegal-The Lions of Teranga are the highest ranked African team (ranks 23 amongst International teams). This is their second qualification in World Cup finals after 2002 where they narrowly lost to Turkey in quarter finals (in extra time). Boasting of players like Sadio Mane,Mame Diouf,Moussa Sow,Idrissa Gueye,Kalidou Koulibaly etc. who all ply their club soccer in top European clubs, Senegal has a very formidable team in place. Placed in Group H, with teams like Poland, Japan and Colombia, Senegal would be one of the favourites along with Colombia to qualify to the knock out rounds and cause a major upset. 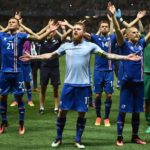 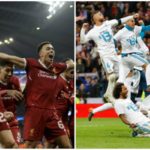