England face Sweden in the quarter finals of FIFA World Cup 2018 in Samara Arena,Russia on Saturday evening. Although placed in a relatively easy group,England’s journey in the tournament has been far from convincing with only one big win against minnows Panama under their belt. They literally scrapped past a gritty Tunisian side with a Harry Kane injury time goal and were beaten in the last group encounter against a second string Belgium side. Similarly in the Round of 16, they just about managed to defeat a under-strength Colombia side in the tie breakers. On the other hand, Sweden defied all odds and topped a group which had teams like Germany and Mexico. They picked up their game just at the right moment after losing narrowly to Germany. They blanked a strong Mexican side in the final group encounter to top the group. In the round of 16 match Sweden played a near perfect game and defeated a strong Swiss side. Although touted as an underdog against England, they have all the ingredients to pull off an upset into their way to semis. The two teams have met each other twice in the World Cup and drawn both the times.Let’s now quickly do a preview of England vs Sweden quarterfinal match and find out their team news,strategies and team formations they are likely to opt for this game.

Team News- Since their unsuccessful Euro 2016 campaign and losing their best ever player in Zlatan Ibrahimovic, Swedish Coach Janne Andersson has turned this squad into an incredibly functional team who are very difficult to beat. He likes his side to play in a conventional 4-4-2 team formation. Robin Olsen has been a standout goalkeeper for Sweden in the tournament. The back four of Mikael Lustig,Victor Lindelof, skipper Andreas Granqvist and Ludwig Augustinsson has develdope a brilliant understanding between themselves and will be very hard to penetrate. They have just let in two goals so far and has looked rock solid. The two Swedish wingers in Viktor Claesson and Emil Forsberg has been a revelation in this tournament. Their pin-point crosses and passing in the final third has been immaculate. Gustav Svensson and Albin Ekdal has been mainly used by the Swedish coach as destroyers to disrupt opponent’s midfield. The striking duo of Ola Toivonen and Marcus Berg has  done a decent enough job upfront with their swift movement in an around the opposition box.

Strategy- Sweden will try to be more disciplined than Colombia and will not allow free spaces in the midfield for the English to exploit. Sweden’s midfield and defense will stay very close to each other in order to stifle their opponents. Emil Forsberg, Sweden’s most significant player will be allowed more room moving upfront. Sweden will create havoc if England cannot keep him in check. If Forsberg is man marked, then it will create enough spaces for others to exploit.

Team news- Perhaps with many of the big teams struggling, or having already gone home,this might be a golden opportunity for England.The draw certainly seems to favour ‘The Three Lions’. A win over Sweden would see them play either host Russia or Croatia in the semifinal. Only in the final would England potentially face a big team in the likes of either France, Belgium or Brazil.England have enough reasons to approach this game cautiously.Burring the Panama match, they have failed to create enough opportunities upfront from open play against stronger oppositions. Their over reliance on Harry Kane can come on heavily on the team. Goalie Jordan Pickford was easily the hero in the last match against Colombia. Defensively England has looked compact with the trio of Harry Maguire,John Stones and Kylie Walker.In midfield, Jordan Henderson and Jese Lindgard has to drastically improve their game. Their ball distribution and possession was below par in the last game against Colombia.Coach Southgate must be sweating on Dele Alli’s fitness. Apart from Harry Kane, Kieran Trippier is having a splendid tournament. He has made the right wing-half position his own with consistent displays throughout the tournament.

Strategy- England will pin all hopes on their talismanic striker Harry Kane who has 6 goals in just 3 matches. The English midfield needs to constantly feed him with passes and crosses in the opponent’s box.Marcus Rashford should start over a misfit and misfiring Raheem Sterling.  Alli and Lindgard has to create more and more passes through the center of the park. All this while Trippier was their main source of creativity. England is the only quarter finalist to have conceded a goal in each of their matches so far. Hence the defensive trio needs to stay close and not provide any room to their opponents. 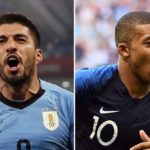 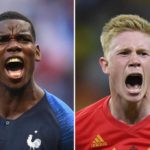