Millions of soccer lovers witnessed a rollercoaster Champions League final in Kiev last night which saw game-altering injuries, tactical frailties, comic Goalkeeping bloopers and a jaw-dropping goal that will be remembered for ages to come. Real Madrid triumphed the gutsy but average looking Liverpool side by 3-1, delivering a third consecutive title and thirteenth overall. Zidane’s introduction of Gareth Bale in the second half changed it all. Bale made the game turn on its head. It can be easily said that ‘Gareth Bale’s out Madrid in Kiev’.

Liverpool started the game with incredible pace and started to press Real Madrid high up the pitch. Real Madrid due to Liverpool’s high pressing game could not utilise their wing play effectively and their central midfield were forced to make a lot of unusual miss passes. They also made unforced errors by giving away ball more than once. Although Real Madrid dominated ball possession by 65:35, but it was all laborious and mostly lateral passing with no output. Their final third passing was negligible. But as soon as Mohammed Salah got his shoulder injured after getting tangled up rather awkwardly with Sergio Ramos, Liverpool’s started to falter with their build up play. Adam Lallana, who looked a shadow of himself, replaced Salah in the right flank and right wing play completely disappeared. Real Madrid took advantage of this situation and started to press Liverpool high up for the first time in the match. Isco saw his opportunistic effort hit the crossbar. Soon after came the first major disaster of the match by Liverpool goalie Loris Karius where he saw his throw get blocked by Benzema’s outstretched foot  and end up in the back of the net. This goal was more than fortuitous to say the least. Liverpool now went all out and started pressing Real Madrid high up the pitch once again. The two young full backs of Liverpool Robertson and Arnold started operating as wing backs with much efficiency and dexterity.  Sadio Mane was anchoring the forward line alone as Lallana and Firmino were completely ineffective.  Mane’s perseverance soon paid off when he got in front of Marcelo and scored Liverpool’s equaliser from a flag kick. The goal gave a new hope to the team and they continued to play with much vigour and energy.

The major difference between the two teams from the onset was not the first eleven they both fielded but the quality of reserves on their bench. Madrid coach Zidane immediately furnished his trump card in Gareth Bale by substituting a much erratic Isco. Just over three minutes time Bale stunned the whole world by scoring  an outrageous over head kick from a deflected cross of Marcelo. Not many of us has witnessed or remember  Zidane’s left footed wonder goal in the finals versus Bayern Leverkusen in 2002 but Bale’s goal made a sober Zidane go crazy. It was such a high quality finish. 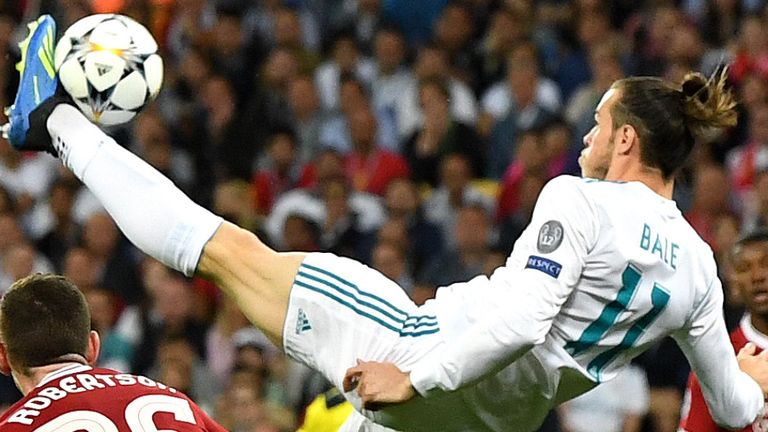 After this goal Real Madrid completely took control of the game and started dominating the midfield. Then  in the 84th minute another  goalkeeping howler took place when Karius could not deal with a straight powerful shot at goal from Bale. After the goal Liverpool completely surrendered themselves and eventually a long final whistle saw Real Madrid crowned Champion’s League winner for a record thirteenth time. 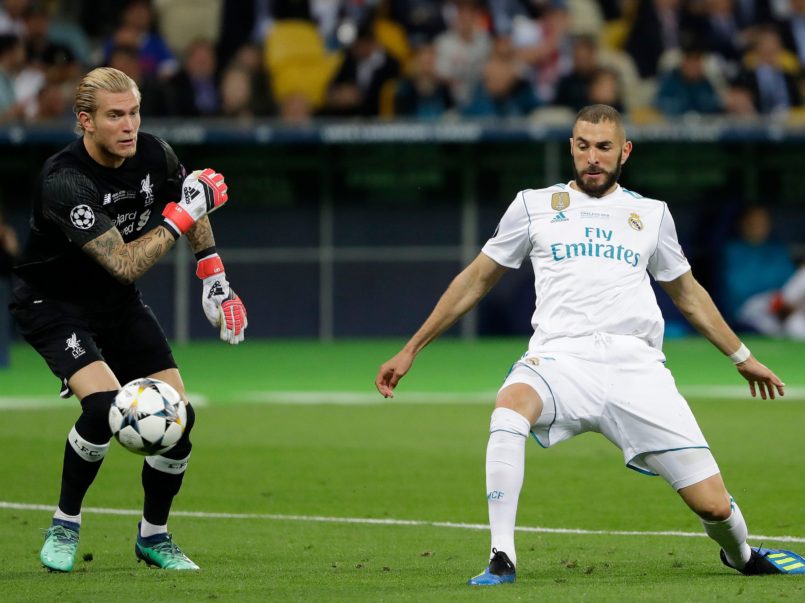 This Champion’s League final in Kiev will be long remembered for two performances – one of Gareth Bale and the other of Loris Karius , albeit for opposite reasons. Having been on the fringes of Zidane’s side for the majority of the season, Bale took his moment on the biggest stage, making history for his manager and winning a fourth European Cup for himself so in fitting style. On the other hand, Karius who had been arguably the second best goal keeper to Simon Mignolet most of the season got a golden chance to impress the world but doomed his team with two horrific errors.