France’s only triumph in FIFA World Cup came exactly two decades ago when they crushed Brazil in Stade de France in front of their home supporters. It has been said that the team led Didier Deschamps with their talismanic midfielder Zinedine Zidane was the golden generation of French football. They won back to back titles in UEFA Euro 2000. The team was full of superstars in Fabien Barthez, Lilian Thuram,Emmanuel Petit,Frank Leboeuf  etc. Since then France could not win a major tournament although they came close to winning the World Cup in 2006 and most recently the UEFA Euro Championships held in their homeland in 2016. Both the times they finished runners up. It was not that they did not produce quality players during that period but never managed to replicate the same team spirit and bonding.But in the upcoming World Cup in Russia, the same cannot be said about the French team. Under their long serving and endearing manager Didier Deschamp , the French team looks very formidable and has a very well-rounded look in all departments. It is being said that they have most balanced side going into Russia. France along with Brazil and Germany are being tipped as bookmakers favorite. Never has the French squad tagged favorites with teams like Spain,Argentina,Germany and Brazil being in fray. Hence let us analyze why this French team is being held in so high regard and why they are such serious contenders in Russia.France is ready to compete for the world title in Russia.

France has a very stong and compact backline. Starting with the last line of defence,i.e the goalkeeper position, France has one of the best in the world in Hugo Lloris. He is the team captain. Lloris has splendid goalkeeping reflex along with superb ball handling,diving and position sense. He is best in the business. In front of Lloris, Deschamp’s may pick the ever dependent Raphael Varane  with the experienced Laurent Koscielny. Umtiti let go of his chances with his silly blunders in defence with his club Barcelona in the ongoing Champions League tournament. The fullbacks would be Layvin Kurzawa and Djbril Sidibe with back up from Benjamin Mendy and Lucas Digne. They all have performed well in last couple of seasons with their clubs.

Secondly, France has the most dynamic midfield trio in Paul Pogba, N’Golo Kante and Corentin Tolisso.  N’Golo Kante has been clearly the best European box-to-box midfielder in the last three seasons. His tackling techniques are second to none. Paul Pogba as we all know can control the midfield at will. He not only disrupt opponent moves but also supplies the forward line with adequate passes in the final third. His shooting ability is great. Corentin Tolisso equally has had a great season with Bayern Munich and will try to replicate the same in his national colours. 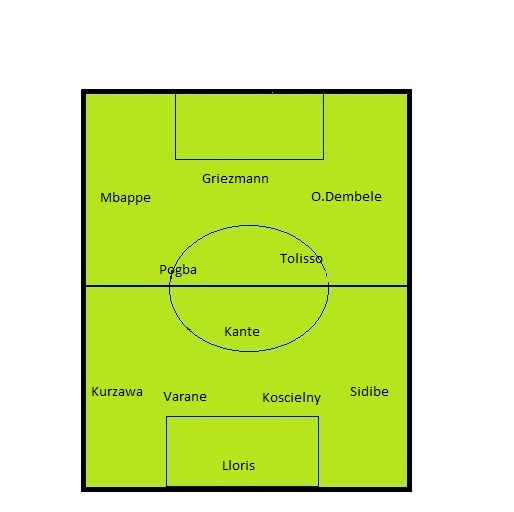 Thirdly, France has a very young, but devastating and lethal forward line to their advantage. They have potent wingers in Kylie Mbappe and Ousmane Dembele. Mbappe, only 19, has blistering pace and eye for goal. He can cut across any defence at will. Dembele, who himself is only 21, has brilliant dribbling ability and pace and to go with it has a finesse shot to his armoury. Antoine Griezmann will lead the forward line. He has been in excellent form with both his club and country. His scoring ability is enviable. He has scored more 29 times and assisted 15 times for his club Atletico Madrid last season. He has more than able back up in players like Oliver Giroud and Nabil Fekir.

Lastly, they should have very little trouble advancing from Group C where they have been seeded with teams like Australia, Denmark and Peru. Out of all the contenders of the tournament, France has been handed the easiest group. They can easily rotate playing combinations in group stage and protect their team from injury till the knock-outs   If they advance to the knock-out stage, they will face either Croatia or Nigeria in round of 16 and Portugal or Spain in quarters.  They beat Spain in Euro 2016, where they narrowly lost to Portugal in the finals. 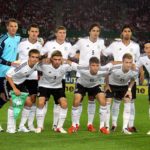 Germany-“BEST NEVER REST”
How will the Asian contingent perform in Russia?