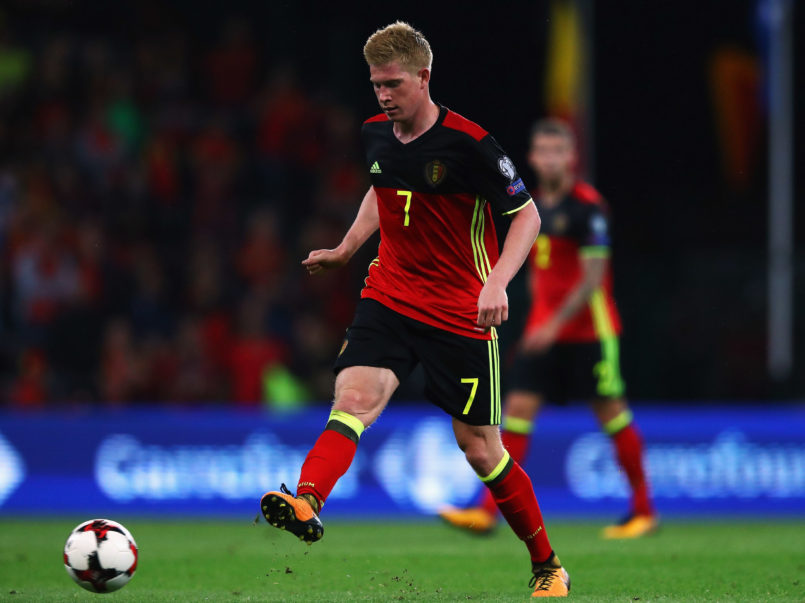 Belgium has never won a major football tournament burring the 1920 Antwerp Olympics. But many experts and fans think that Belgium has a very realistic chance of winning the World Cup in Russia. The Belgium team boasts of players like De Bruyne,  Hazard, Courtoius, Lukaku, Witsel, Mertens, Vertonghen etc. who has been doing splendidly in club football season after season . They are Belgium’s golden boys.Yet they choked in the 2014 World Cup and 2016 European Championship quarterfinals to Argentina and Wales respectively . They began to be compared with the England team in 2000’s who never won a major trophy despite having a plethora of talent.

However the era is not done and dusted as  Belgium has the right opportunity to erase their past by winning the Cup in Russia. The Royal Belgian Football Association took harsh steps by sacking their long serving head coack Marc Wilmots and replacing him with Roberto Martinez. Since Martinez has taken over as coach Belgium has done exceptionally well in the qualifiers and international friendlies. Belgium was the first European  country to qualify for the World Cup finals in Russia remaining undefeated throughout their qualifying matches.

Martinez’s possible starting line up would be Romelu Lukaku playing upfront with Hazard and Mertens on the flanks, De Bruyne playing in a central attacking role(as CAM) with Witsel and Dembele in the central midfield (CDM), Alderwield and Vertonghen will be in the central defence with Jordan Lukaku and Meunier as full backs and Courtois in goal. De Bruyne,Lukaku, Mertens and Hazard has been in tremendous form this season and a lot can be expected of  them in Russia. Moreover they have been placed in a fairly easy group with England being their toughest opponent with Tunisia and Panama. If Roberto Martinez can work out a formation which brings the best out his star players, then there is no reason why they cannot lift the much coveted trophy in Russia.