Quess East Bengal Football Club having started off brightly by winning two away matches at Neroca FC and Lajong FC, made the management and it’s millions of supporters ecstatic. But soon their tempo fizzled out as they suffered two back to back losses, one at home to league leaders Chennai City FC and then away to Aizwal FC (the then bottom-placed team in the league table). Suddenly one of the biggest and most successful Indian clubs which looked extremely formidable on papers after having acquired a rich investor, a new foreign coaching staff, and high profile signings looked no different than any other average small budget clubs. On the contrary, smaller teams like Chennai City FC, Gokulam FC, and Churchill Brothers with less than half of Quess East Bengal’s budget seem to surpass all expectations with their on-field performances so far. So where has it all gone wrong for the 98-year-old club? Would the millions supporting the age-old club be deprived once again of lifting the I League? Can the team turn around by resorting to some tactical changes? These are some common questions playing around in the mind of the supporters and the Indian football fraternity. With our observation of the team so far, we intend to highlight the flaws and also a few prospective solutions in regard to the team combination and strategy: 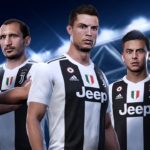 Make use of FIFA game to improve football in India